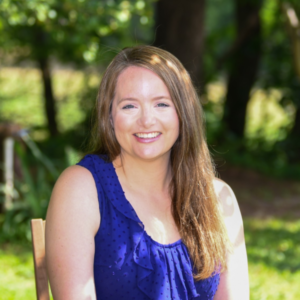 Cheryl established Enterprise Security Solutions, LLC in April 2014 and brings over 20 years of managerial and entrepreneurial experience to her position as Chief Executive Officer. Under her leadership, ESS has grown to be a trusted name in the critical infrastructure security arena. Cheryl is a big-picture planner. She is focused on strengthening ESS’ values of professionalism, courtesy, and teamwork, while also working to provide clients with the highest service experience possible. Cheryl is motivated by a passion for positive culture in the workplace, channeling the talents of her workforce, and distinguishing ESS as the best choice for your security needs. 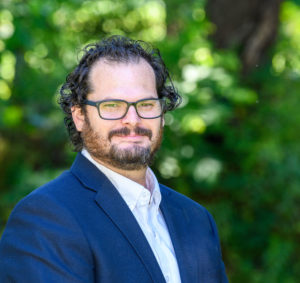 Shane Pitt is a driven professional with over 20 years of leadership and management experience. He has a proven history of effectively managing security groups. Shane is goal-oriented, customer-focused, and tenacious; committed to executing first-class solutions on time and under budget. Shane’s comprehensive experience in planning, budgeting, engineering, and implementation of cost controls make him a valuable asset. Daily, Shane strives to carry out intelligent processes and procedures that raise the overall benefit to Enterprise Security Solutions as well as our clients. 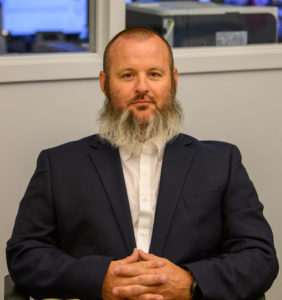 The relationship with Samuel Bernick and Enterprise Security Solutions began nearly 20 years ago when Shane Pitt, President, and Sam nurtured a relationship as he (Shane) was a project manager and Sam was a technician. Throughout the years the two worked closely together and gradually parted ways as other opportunities presented themselves. Now again reunited at ESS Sam is Shane’s Vice President of Operations. Beginning his career in the network infrastructure industry back 1995, Sam quickly moved through the ranks and then migrated to a small technology firm that focused-on infrastructure, A/V and security. As the world changed through the turn of the century, Sam recognized an apparent demand for electronic security and surveillance. Sam is a very talented, multi-faceted individual with experience in structural and mechanical engineering, electro-mechanical engineering, and software and network configuration and implementation. Holding certifications in every major physical access control system(PACS) on the market as well as video management systems, combined with 20 years of field and management experience, he is a valuable resource for system engineering as well as vulnerability and penetration testing. Samuel is a registered locksmith, holds extensive covert entry training, and a Certified Security Project Manager as endorsed by the Security Industry Association (SIA). 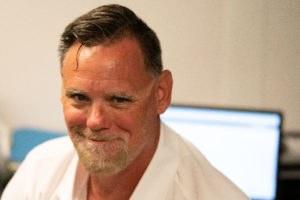 Kirk Mueller joined Enterprise Security Solutions full time in October 2016. Kirk Mueller has assumed the role of Vice President and is responsible for administration, contracts, sales, and engineering. Kirk has over 20 years’ experience in the Security Sector. Kirk has held the position of Technician, Lead Technician, Project Manager, Installation Manager, and Branch Operations Manager. This experience combined with an extremely high level of customer service and extensive knowledge of the industry is a great asset to Enterprise Security Solutions as Vice President of Adminstration. Kirk has worked very closely with key manufacturers to build strategic partnerships to enable both to succeed on major projects. Kirk has also worked closely with the State of Maryland, including MTA, MVA, Dep’t of General Services, Baltimore County Public Schools, SHA and various other state agencies. He has assisted them in the design and implementation of their current integrated systems. He most recently has worked closely with a Washington DC local agency to design, engineer, and implement a state-of-the-art security system. Kirk has been employed by several key integrators in the area over his career such as NetVersant, Homeland Security Group, Ingersoll -Rand, Kratos, and X7. Kirk also served in the United States Marine Corp from 1985- 1993 and was honorably discharged after his tour was completed. 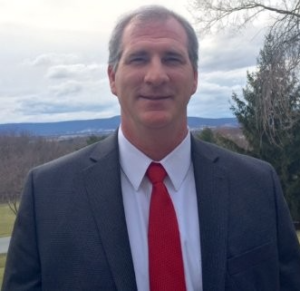 Brian and Shane first met over ten years ago while working together developing PISM integrations for machine learning/AI technology solutions. An entrepreneur at heart, Brian brings over 25 years of experience working with emerging technologies and helping promising young companies grow in the marketplace. During his extensive tenure in physical and cyber security, Brian has built and managed high performing channel partner programs and sales teams, as well as having been a successful individual contributor on large national projects. At Enterprise Security Solutions, Brian is responsible for leading our Sales and Business Development efforts as well as developing strong strategic partnerships which will continue to fuel the company’s growth. When not working, he enjoys watching movies and spending time outdoors with his large family.